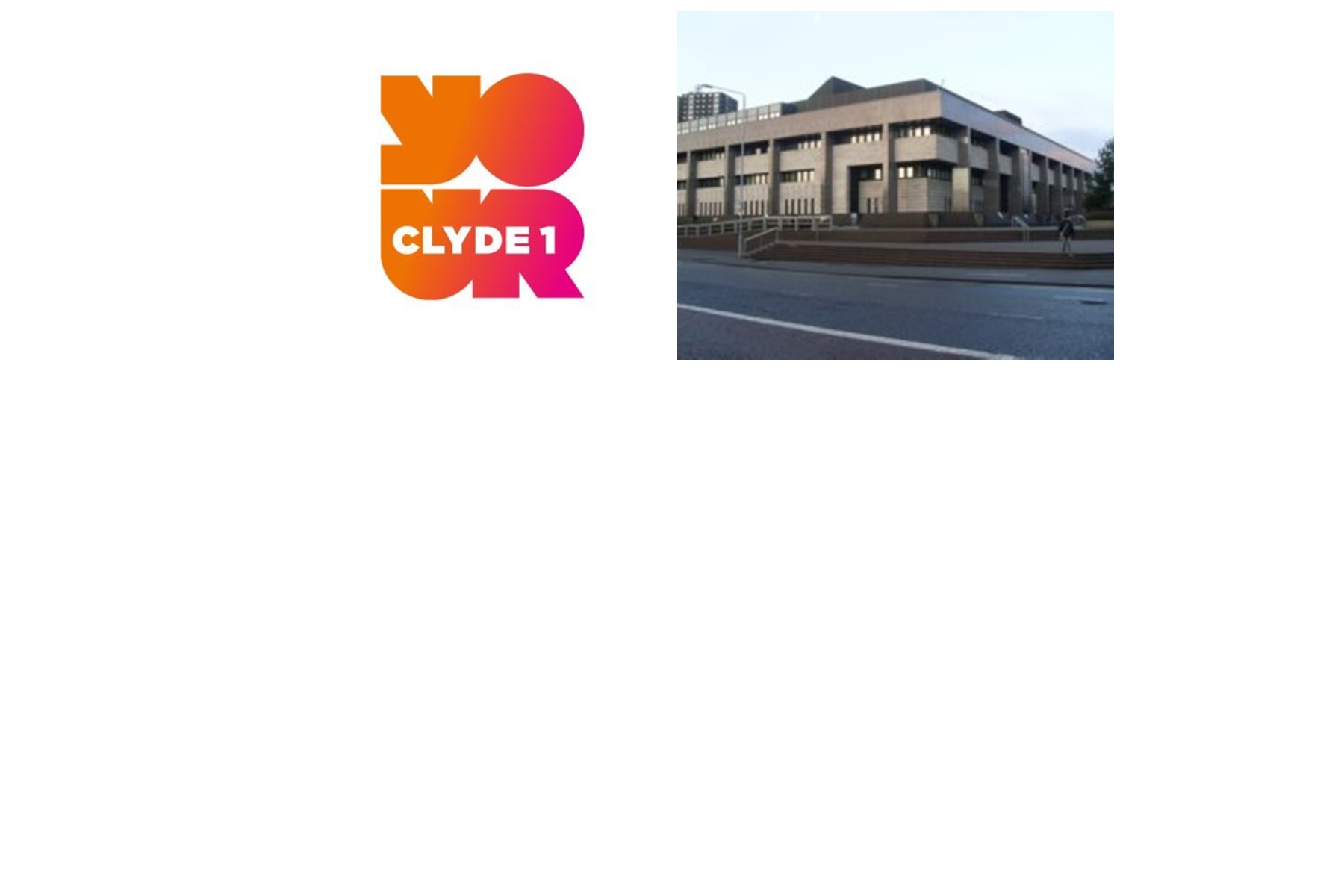 Clyde 1 Reports Selective Negative Quotes From People Testifying Against Adnan Ahmed Without Going In Detail About Exact Testimony; In Order To Influence Public Opinion And Jurors To Gain Conviction Through Media Perception

Clyde 1 are at it again, biased reporting in regards to allegations against a man during his trial on a daily basis, Clyde 1 uses a writing style that implies events took place without saying so explicitly. This is a media tactic used to name and shame accused individuals before they have been convicted of any crimes. Despite Adnan Ahmed adamantly saying he is not guilty, Clyde 1 decide to release an online article using selective quotes from court witness testimonies that are negative in nature, leaving out anything to the contrary to imply the man’s innocence. This is a common trick used by Clyde 1 in order to influence public/ jury perception which can result in a conviction even if the accused is innocent! Anonymity should be given to both the accused and the accusers until court proceedings are complete. Clyde 1 however have a vested interest in having Ahmed convicted as they can be sued for defamation if he isn’t.

We at Red Pill Rights vow to keep the anonymity of the accusers intact and will only report on factual testimonies given in court as well as details on where Clyde 1 have left out facts. The court room is open to the public and to the media to hear all details for themselves.

Clyde 1 start their article by saying; “a man accused of a series of offences against women left two schoolgirls feeling uncomfortable and intimidated when he approached them in the streets a court has heard.” The man accused maintains he is not guilty. The series of alleged “offences” are alleged conversations with women during the day time in vastly populated streets. The accusations of “feeling uncomfortable and intimidated” have not been proven. The “schoolgirls” are above the legal age of consent in the UK, 17 and 16. The alleged conversations are said by the two witnesses to have took place around 10am approximately, school had already started. The witnesses stated, “they were in there last year (6th year) of high school in 2016,” to the court. This is several months before a college or university course would begin should students at the late stage of high school wish to continue further education.

Clyde 1 continued; “one witness, who was 17 at the time, said the man told her she looked pretty and asked her if she was married.” Again 17 is above legal age of consent in the UK and this allegation has not been proven. Additionally, to call someone pretty or ask their marital status, is not a criminal offence! Clyde 1 continued; “Adnan Ahmed denies 18 charges including sexual assault and behaving in a threatening and abusive manner.” This is true, Mr Ahmed is adamant he is not guilty of any of the charges. Clyde 1 also said; “alleged to have occurred in Glasgow and Uddingston,” however this specific allegation was not alleged to have occurred in Glasgow. Clyde 1 called the first witness an; “alleged victim now aged 20,” Clyde 1 also said; “the witness told jurors an Asian man named Addy approached her in a lane on her way to school.” What Clyde 1 conveniently left out was that the witness also said, “it was around 10am, not the usual time people go to school and the lane is attached to two main roads on either side, along with two small open grass fields at either side.” The witness also said that, “this is the common route to the train station that most people coming from that direction would take.”

Clyde 1 quoted the witness as saying; “he asked me if I was at school and what I was doing at school.” Clyde 1 left out the fact that before this quote the witness told the jury, “he introduced himself then I told him I was at school, he made general conversation, we spoke for under three minutes and parted ways.” This is vital information!

Clyde 1 quoted the witness alleging, “he was asking if I had a boyfriend and I said no.” This is not a crime and has not been proven in court. Clyde 1 continued; “the woman said she got to the end of the lane before Addy grabbed her hand,” this is not accurate, it has been paraphrased by Clyde 1. The witness told the prosecutor, “he took my hand it was consensual,” when the prosecutor asked her about when consent ended, the witness said; “when I took my hand away.” Clyde 1 continued; “she said – he asked me if I was married, as I was wearing a ring, I said no and walked away.” This has not been proven in court and is not an offence under Scottish Law.

Clyde 1 again quoted; “he then asked for my number and wanted to know if I wanted to go for a coffee,” the bias order of quoting is not accurate in Clyde 1‘s reporting as they quoted the witness as saying, “I walked away.” Clyde 1 then stated; “the woman then walked quickly towards school, told friends and teachers about the incident.” However no “friends” or “teachers” came to court to confirm this. In the woman’s police statement, she said she saw Mr Ahmed several times after the 2016 incident in the same area, but they never spoke again! The 2016 incident was reported to the police in January 2019 after the BBC made a video defaming Ahmed’s dating business.

Clyde 1 went onto to quote a second witness stating; “who was 16 at the time is now 19, said an Asian man approached her on the lane, he said hi I’m Addy what’s your name and started asking general questions and chatting.” Again, this is not a recognised crime under Scottish Law. 16 is the legal age of consent in Scotland. Clyde 1 left out that the incident is said by the witness to have taken place again around 10am after school had already began an hour previously, in the same lane attached to two main roads that is the main route to the train station which commuters take. Both these witnesses admit to being linked and both stated that they are good friends.

Clyde 1 continued quoting the allegations made by the witness; “I was surprised as I didn’t know anyone was behind me, I didn’t go into much detail, I didn’t know what to do in the situation, he spoke about my school subjects.” This allegation has not been proven in court and is not a recognised crime under Scottish Law. Clyde 1 continued; “the girl said she felt intimated by Addy and said she couldn’t reply to him.” This is inaccurate, the witness told the court she “openly spoke to Addy to be polite.” However, neither of these statements have been proven in court. Clyde 1 continued their bias selective reporting by stating; “she said, I wanted to go to school as I was quite shaken up and wanted to walk on my own.” What Clyde 1 again conveniently left out was that the witness told the court; “the school is right next to the train station and that the pair parted ways in under 3 minutes in different directions towards their separate destinations!” Mr Ahmed’s defence team have lodged an eye witness in his defence who can confirm there was no “intimidation” involved.

Clyde 1 reported another instance stating; “a student said a dark male followed her through a shopping mall in Glasgow.” Clyde 1 failed to say, the 21-year-old woman was a college student and was unable to confirm the identity of the male. However, Clyde 1 still went on to say; “said man had also asked for her number the previous year, in 2016, she was tapped on the arm by the man and refused his advances.” What Clyde 1 reported inaccurately was that the woman stated the two incidents happened with “similar” looking men and couldn’t confirm if it was the same man. It was also announced to the jury that this witness said the 2016 incident happened during the day on Buchanan Street, none of this has been proven in court.

Clyde 1 went onto quote this witness stating; “she told jurors, he told me I was too pretty to make him walk back.” This is an out of context quote by Clyde 1, it has not been proven in court and is not a recognised offence under Scottish Law. Clyde 1 continued; “the woman said the man followed her into Buchanan Galleries in Glasgow in 2017, the man had his hood up.” Clyde 1 failed to state that the woman told the court that she could not confirm if the male from the 2016 incident was the same as the male from the 2017 incident! Clyde 1 continued quoting the witness allegations from the 2017 incident; “I went to Boots to lose him he was walking quickly and quite close to me.” Clyde 1 failed to state after this that the woman said in court, “the man went outside Boots and met with two men and they walked away.” Clyde 1 selectively stated; “she claimed that the man laughed and made inappropriate comments. He also asked for her phone number which she refused to hand over.” Clyde 1 left out that the witness told the court, she didn’t know what “inappropriate comment” was made, she just said, “inappropriate comment” and could not clarify what English language was used as the comment! These incidents were not reported in 2016/2017, they were reported in 2019 after BBC The Social demonised Adnan Ahmed. 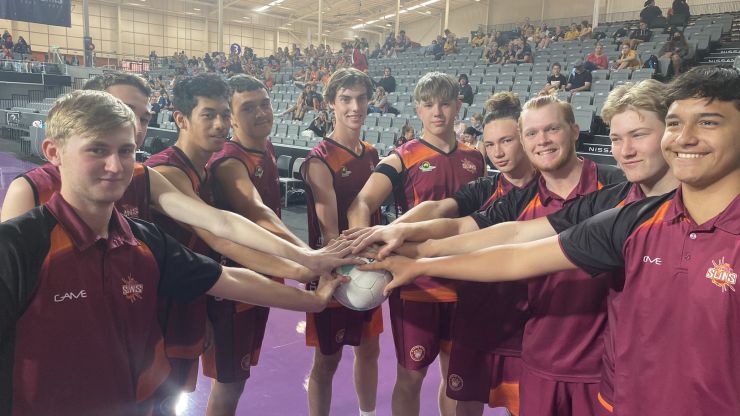 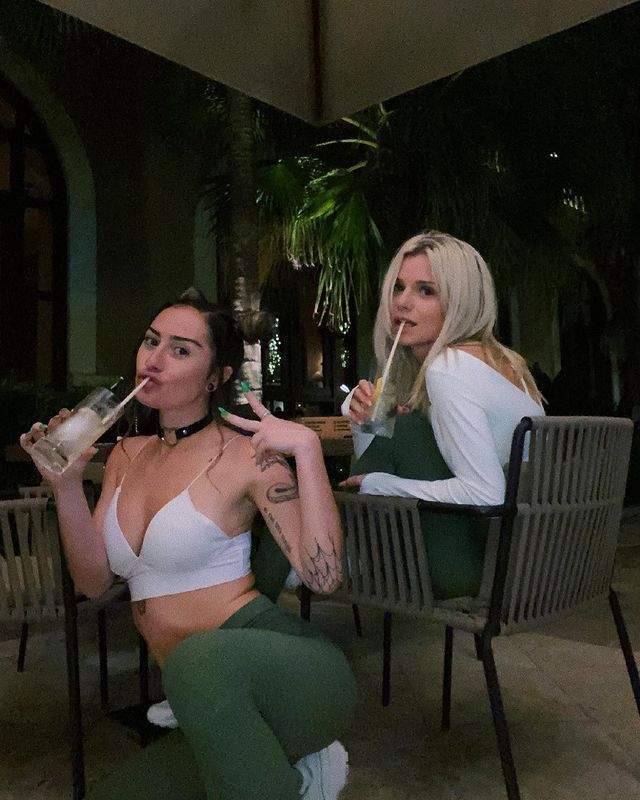 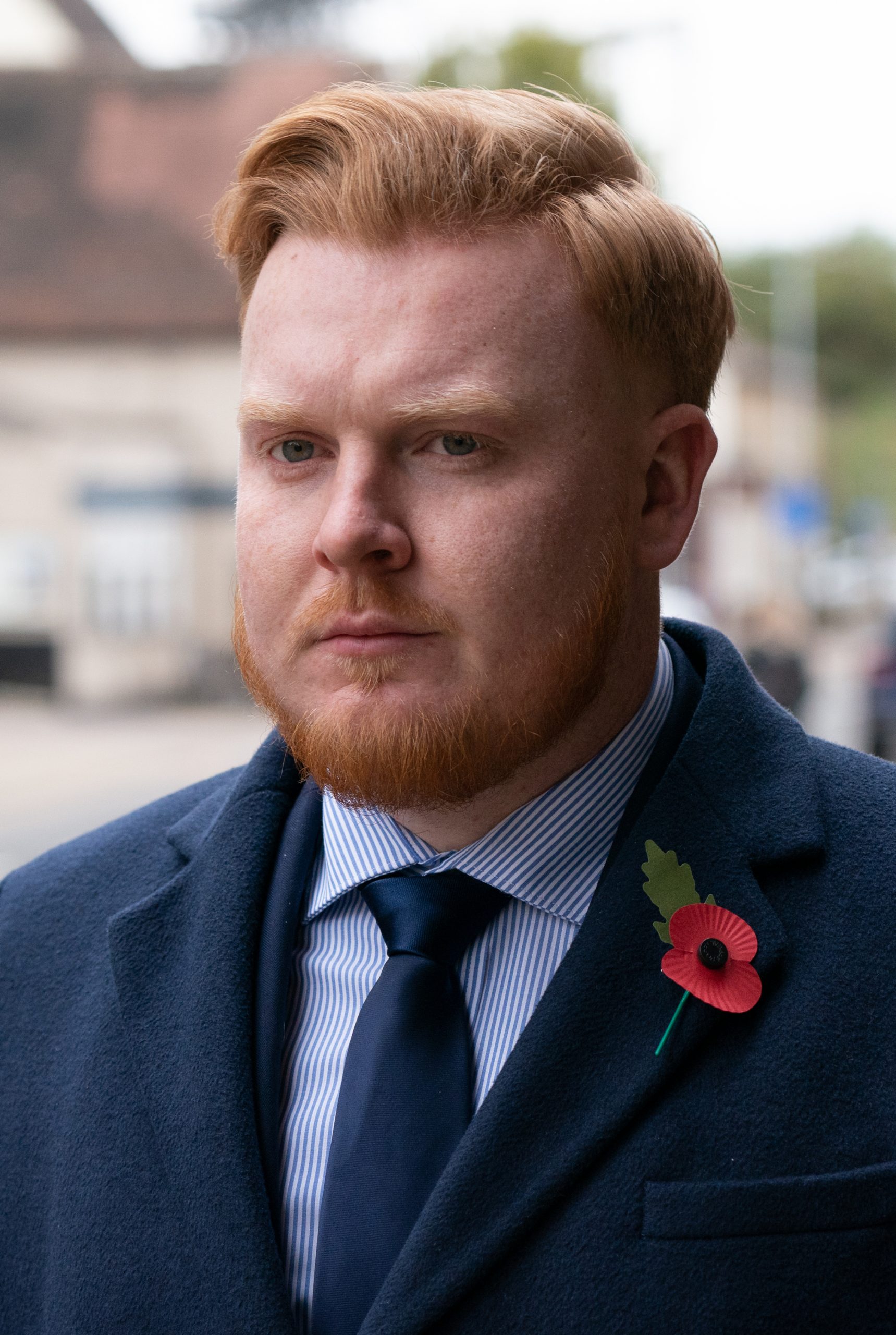 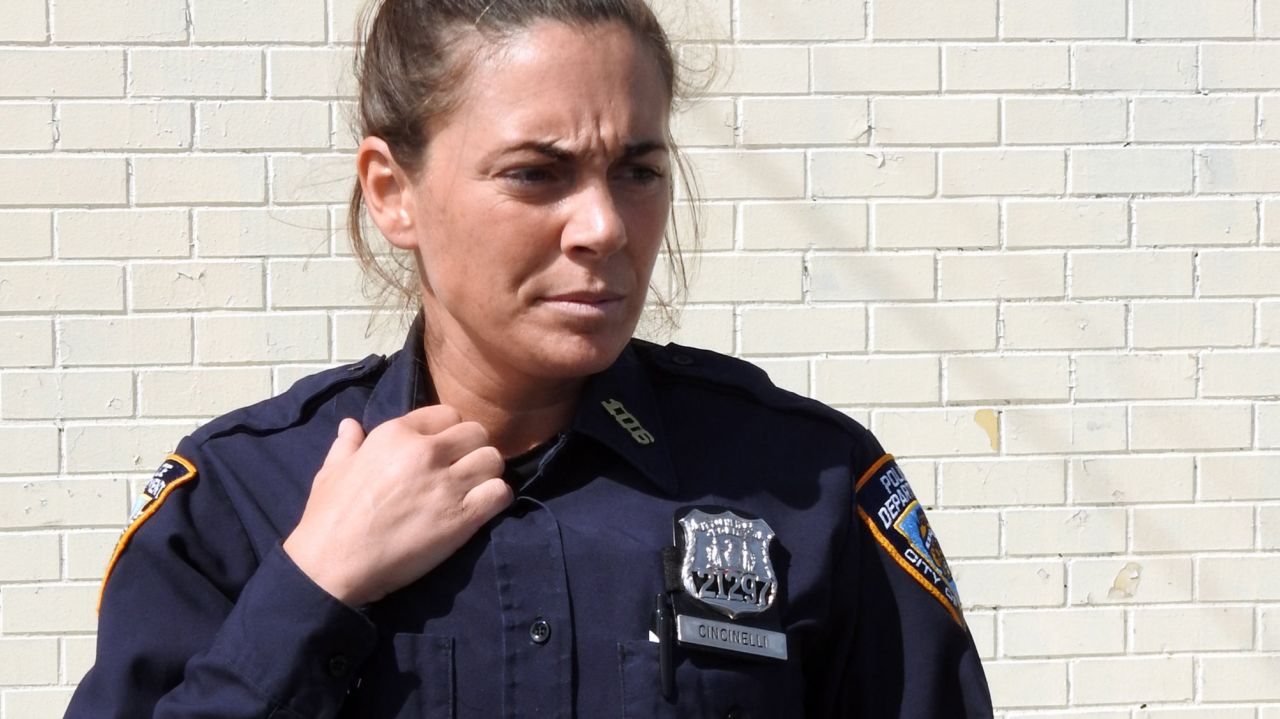