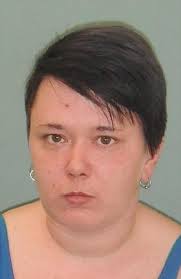 Anti-male misandrist, Anna Judith Costin separately levelled false rape accusations on three men and accused a fourth man of physically assaulting her in her home. In one of the fabricated encounters, she detailed to police how the man grabbed her breasts.

All three accused men underwent uncomfortable medical examinations, and one of them was particularly vulnerable due to his mental state but had to endure the humiliation of a “believe the accuser” culture.

At the London’s Appeal Court hearing , one of her victims was able to disprove her claims with a solid alibi showing he was away on holiday at the time when he was alleged to have attacked Costin. The other men also had proof she was lying.

Lying rape fantasist and liar Anna Costin walked free from Shrewsbury Crown Court despite falsely accusing three men of rape. She was only given three years of community service by  corruptJudge Peter Barrie after admitting seven counts of perverting the course of justice. If you think that is too lenient then you are not alone. Judge Barrie probably also knew that in his cowardly heart but feared feminist backlash.

However, honest and brave judge Lady Justice Hallett substituted a four-year prison sentence for the community order, agreeing it was too lenient.

Thanks to Justice Hallett for stepping up to the task and applying justice logically and professionally rather than through misplaced emotions and feminist brainwashing.