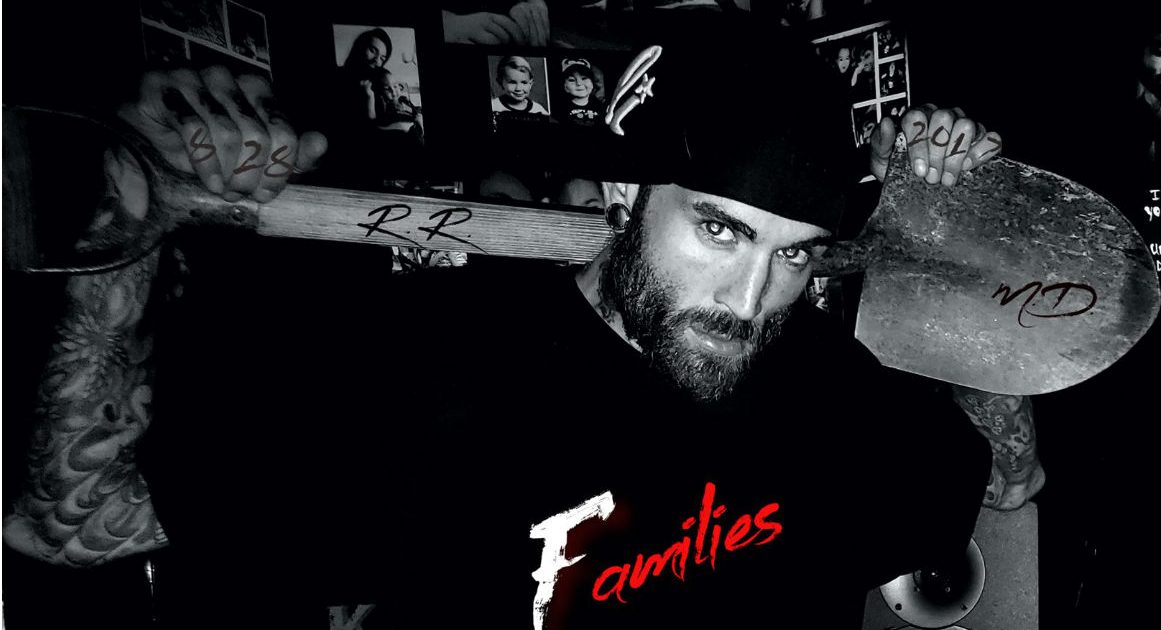 After two months behind bars, wrongfully convicted hero dad Jonathan Vanderhagen left prison a free man after a jury quickly found him not guilty of a misdemeanour filed after criticisms he made on Facebook about a feminist idiot false accuser county judge and the corrupt western court system.

The six-member District Court jury found the 35-year-old Chesterfield Township man not guilty of malicious use of telecommunications services after a trial that lasted three days.

“I think that they saw through this case. I think what they saw the prosecution do to this man was wrong,” said Vanderhagen’s attorney, Nicholas Somberg. “And I asked in my closing to send a message and to not just come back not guilty, but to come back with a quick not guilty so the prosecutor would know that what they did to this man was wrong.”

Circuit Court Judge Rachel Rancilio filed a sheriff’s office report about Facebook posts by Vanderhagen that she bitterly said she found troubling because it bruised her fragile little ego. He was charged days later and posted $1,000 for bond with a no-contact condition.

Weeks later Vanderhagen was jailed on a $500,000 cash surety bond when 41-B District Court Judge Sebastian Lucido decided that Vanderhagen violated the no-contact condition by continuing to post on Facebook. Somberg argued Vanderhagen posted about the court system and his son, Killian, who died before his second birthday, not about Rancilio.

Vanderhagen had his hands together, as in prayer, as the jury forewoman read the not guilty verdict. There were four women and two men on the jury. Somberg said the verdict came less than 27 minutes after the jury left the courtroom to begin deliberations.

Someone yelled “Yes!” from Vanderhagen’s side of the courtroom, which was filled with family and supporters. Moron judge Rancilio, (who testified against him) was not in the courtroom when the verdict was read, but her family and other supporters were.

Vanderhagen’s mother, Deborah, said she was happy with the verdict, which came less than a week after her son twice declined a plea deal to a lesser offence and credit for time served in jail.

“He deserves to be not guilty. He did nothing wrong,” she said, adding that her son was trying to do this for the fathers and children who “have been hurt in this system.” “This wasn’t just for Killian, this was for all the children and fathers who have been done wrong.”

Vanderhagen filed a custody case in 2017 in Circuit Court, claiming the mother was unfit. The case was assigned to Rancilio. Killian died Sept. 22, 2017, while in the care of his mother in Genesee County and in the midst of the custody case.

Vanderhagen took the stand in his own defence for a couple of hours. He repeatedly said he didn’t threaten harm to Rancilio with his posts. He said he “didn’t ever think she’d see that stuff.”

“It’s not to terrorise her, it’s to warn people,” of the court system, he said.

Rancilio falsely testified that friends saw the posts initially, became concerned for her safety and notified her.

She falsely testified that some of Vanderhagen’s posts and videos — including those that included posts from her personal social media accounts — scared her.

She falsely testified that she found one post particularly threatening. It included a photo of Vanderhagen holding a shovel with Rancilio’s initials on the handle and talked about him digging up “all the skeleton’s in this court’s closet.”

Rancilio falsely told the jury that she thought Vanderhagen was going “to kill me and bury me after he was done.”

Vanderhagen testified that he was digging “up every bit of the truth” and that he used a shovel because “that’s what you use to dig.”

He testified that the two sets of initials on the shovel were “the two main people I’m digging the facts on.” He told the jury the post didn’t threaten harm or violence.

Vanderhagen’s attorney and mother said his next steps are a hot shower, a good meal, a cigarette, spending time with family and reflecting on the last two months in jail.

“I think that Jonathan should continue speaking the truth, I think he should continue researching our elected public officials and telling people what happened to him and warning other people about the court system,” Somberg said.