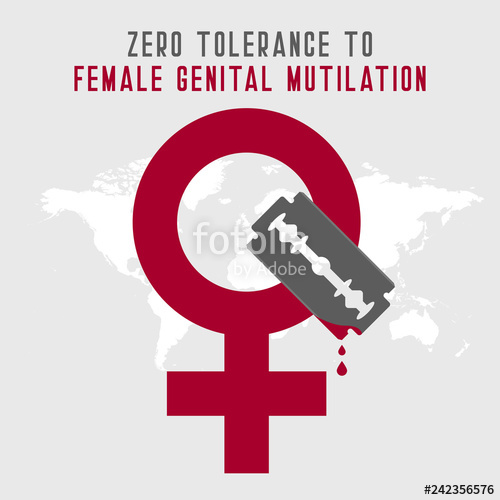 This topic needs to be addressed. Female genital mutilation (FGM) is real and includes procedures that intentionally alter and cause injury to female genital organs for non-medical reasons. The procedure has no health benefits for women or girls.

The women and girls that suffer this horrific procedure are truly oppressed. Procedures can cause severe bleeding and problems urinating and later cysts, infections, as well as complications in childbirth and increased risk of new-born deaths.

More than 200 million girls and women alive today have been cut in 30 countries in Africa, the Middle East and Asia where FGM is concentrated. FGM is mostly carried out on young girls between infancy and the age of 15.

Western countries such as America and Britain need to do something useful and help these poor girls. Instead the delusional and spoiled bratty white women in the West use so called feminism to gain supremacy over men and don’t help actual women and girls around the world that really need there aid. FGM is a violation of the human rights of girls and women and must be stopped. It’s crazy how feminism doesn’t help actual women in need of help, it is just used as a poisonous political tool to oppress men in the West.

Check out our next article: http://redpillrights.com/radio-clydes-lying-witch-reporter-kerri-ann-docherty-makes-false-allegations-against-innocent-dating-coach-adnan-ahmed/