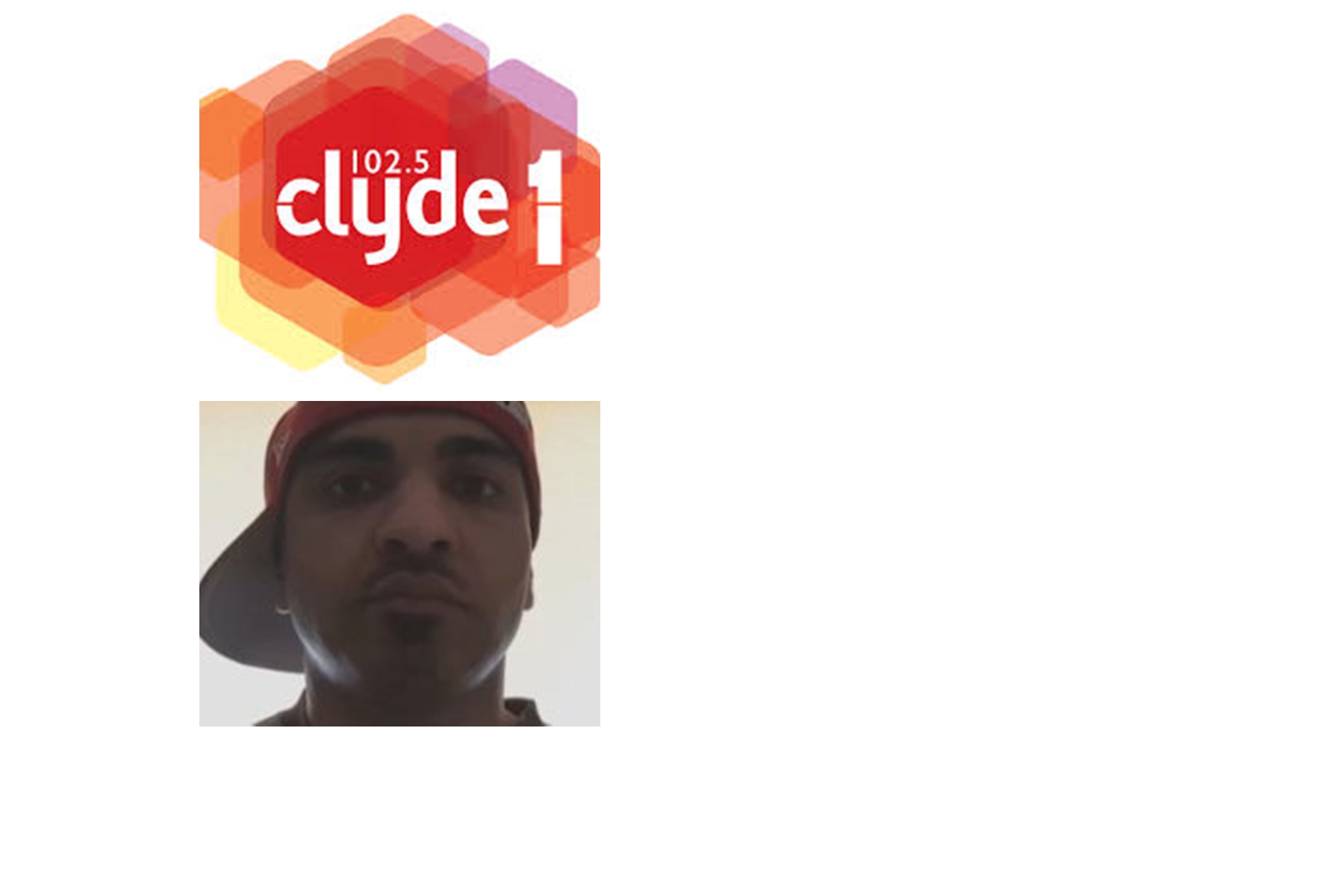 Swine’s at Clyde 1 are at it yet again; reporting 5 minutes of court proceedings as if they are relevant news, in order to influence the outcome of a wrongfully convicted man’s sentencing hearing! The bums at Clyde 1 stated; “pick-up artist told he must remain in prison while it is determined if his activities where sexually motivated.” This is total insanity Ahmed was not convicted of any sexual offences! He was wrongfully convicted of “section 38 breach of the peace” for chatting up girls, during the day, in well populated areas with hundreds of people around – this is not a sexual offence!

Clyde 1  continued; “Sheriff Lindsay Wood determines whether he should be put on the sex offenders register for his conviction.” This is total insanity and a miscarriage of justice – if someone hasn’t committed any sexual offences at all, no register should be required. Ahmed’s wrongful conviction was “section 38 breach of the peace.” The unethical hacks at Clyde 1 continued; “Sheriff Woods said: I invite parties to make submissions on whether there was a significant sexual element.” There was no sexual element, it was chatting! A Sheriff should not be influenced by other cases or the media, they have a duty to be impartial and to do the right thing by the law! The law should always overrule the media, however it seems to be the opposite way around in Scotland. If this insanity occurs, it will mean any man chatting up any woman in Scotland (whether it be during the day or in a nightclub) will be at risk of being put on the sex offenders register, even if no sexual offence has occurred!

The evil reporters at Clyde 1 continued; “Ahmed has been remanded since January this year which is the equivalent of an 18 month sentence. His lawyer Donna Armstrong asked for bail but it was refused.” Clyde 1 actually made a true statement, Ahmed has been remanded for this period and bail was refused – this was for “section 38 breach of the peace” charges, that are not even jail-able offences! And Ahmed was wrongfully convicted by a brain-washed jury that were hammered by media propaganda (TV, radio, online) on a daily basis during Ahmed’s trial!

Clyde 1  continued; “Street Attraction had insisted they had done nothing wrong.” That’s because they haven’t, and that was the end of it – no police investigation, no court cases, no more media, no hate campaign – because in England people don’t care, their media are actually concerned with real issues. However in Scotland, the small minded, backward, inbred media made a circus of a non issue and are trying to influence a court of law to convict and what to convict for – this is madness and a disgrace to Scotland. It just shows how far behind England Scotland’s media actually are, the difference is astonishing! Street Attraction videos were more “controversial” than Addy Agame’s (both are innocent of any wrongdoing) yet Addy is remanded in custody and going to court, whereas globally no one else faces any legal action. This shouldn’t even be entered into a court of law, it’s a waste of tax payer’s money!

Clyde 1  stated; “victims aged between 16 and 21.” There were no “victims” and this is above legal consensual age under UK law. Look at Clyde 1 ‘s choice of words “victims,” there were no victims, there were no actual crimes recognised under UK Law, there has to be a crime to be a “victim.” Fake “victims” who are glory-hungry idiots, jump on a fake #MeToo bandwagon (saying they were simply chatted up) actually takes away from real victims who actually have to face the reality of real crimes. The only “victims” in connection to the Clyde 1 are the people they victimise through their vile trash hate articles.

Adnan Ahmed has always maintained he is not a pick-up artist, he has always said he is a dating/ life coach. It is a sad state of affairs when people are unable to talk to each other face to face, confining society further into dating apps and social media. In this era it is more normal to troll pictures and profiles online, messaging desperately and projecting a false persona to lure others in; whereas starting a random conversation with someone you find attractive face to face during the day is considered not only abnormal, but also criminal. There is more danger involved in meeting someone online than there is in meeting them in person. Plus face to face dating is a much more human and much less time consuming process, that is if Police Scotland don’t arrest you first.

Clyde 1  continued with their bias propaganda (in order to influence the court) stating; “Ahmed was convicted of threatening and abusive behaviour.” In reality Ahmed was wrongfully convicted by a biased jury who were influenced by an online social media campaign and horrible selective press reporting during every turn of his trial (by Clyde 1 and the Scottish media scum). Even though it was clearly stated in court; “this is not a crime; being confident is not a crime, having a conversation is not a crime, witness is unreliable, asking someone out is not a crime, if you have any inclination of reasonable doubt – he’s innocent, people’s perspectives were  skewed by how Ahmed was portrayed in a online/ media hate campaign.” Ahmed was actually wrongfully convicted of section 38 breach of the peace which is equivalent to raising one’s voice too loud outdoors, madness! Here’s how the jury process works in Scotland, there is no screening for racist, feminist, prejudice or psychiatric deficiencies (unlike the USA). 15 members of the public are selected at random and simply told, “don’t go on social media or media” without any enforcement or checks conducted during the trial. Ahmed’s jury was made up of 9 females and 6 males (some of which were programmed by the media to hate him, some pudgy beta males and some angry overweight feminists), the wrongful non-majority “guilty” verdict will be appealed and overturned in the next few months as no crime was actually committed! Ahmed maintains his innocence, 13 charges were dropped before the biased jury got a chance to deliberate on them. Adnan Ahmed did not receive a fair trial and is not guilty of any criminal conduct!

The jury and accusers are asked to take an “oath to God” to ensure an unbiased testimony, without individuals even being screened to see if they even believe in God (in an age of rampant atheist beliefs). It’s a ridiculous board-game style set-up, this is not justice, it’s a farce!

It is the aim of the clowns in the Scottish press to dehumanise Adnan Ahmed, objectify him, troll him and discredit his reputation to write scandalised, sensationalised lies as news stories. They did not write about his girlfriend and his mother being present to support him during the trial, as well as various male and female well-wishers and supporters dropping in and out during the proceedings. They did not report whole testimonials, only select words to demonise Ahmed further. The press even reported incidents Ahmed was found “not guilty” of after the trial finished. This is further grounds for him to sue for defamation!

Radio Clyde/ Clyde 1, a failing radio station in decline, that is known for hiring blundering journalists and DJ’s who make massive mistakes in their reporting and on air comments and then have to apologise for their lies and misinformation.